Born in 1931 in Charleroi (Belgium), he got his Medical Doctor degree in 1955. He then pursued clinical specialty training, first in vascular surgery in Lyon (France) and later in orthopedic surgery at the University of Rochester, NY, USA. He was accredited as Specialist in 1961.

In 1962, he was appointed Head of Clinic in the Department of Orthopedics at the University of Louvain. He applied surgical techniques in the treatment of spinal deviations which quickly led to the creation of a Scoliosis Center. In addition to his clinical expertise in this field, he carried out laboratory research, focusing on the pathology of the growth system and aseptic hip necrosis. In 1971, at the age of 40, following the early death of Pierre LACROIX, he took academic and clinical charge of the Department of Orthopedics and Traumatology of the Musculoskeletal System of the University of Louvain.

Throughout his career Professor André VINCENT has pursued clinical work in the two initial areas of interest: spine surgery and hip joint replacement surgery. He has also maintained a laboratory research activity devoted to numerous bone problems. He was the initiator of projects that led to the creation of a bone bank and the development of a full-hip prosthesis. These projects have helped 3 of his collaborators acquire PhD degrees.

Professor André VINCENT has participated as author or co-author in around forty significant scientific publications. He has fostered the development of the team he led for 25 years. The laboratory he inherited from Pierre LACR0IX has kept its international reputation and the clinical Orthopedics Department has brought together specialists from the entire domain.

In addition to these numerous activities, André VINCENT has undertaken various responsibilities in scientific and professional societies, both Belgian and international:

– President of the Belgian Society of Surgery, Orthopedics and Traumatology

– President of the European Union of Specialists in Orthopedics

– Member of the Royal (Belgian) Academy of Medicine

– Honorary member of the French Society of Orthopedics

– Coordinator of Surgical Studies at the National University of Rwanda

In 2001, he was honored with the title of Grand Officer of the Order of Leopold.

By awarding the title of Doctor honoris causa to Professor André VINCENT, UCB took the opportunity to thank him for:

. his valuable contribution, for many years, to the improvement of teaching at UCB

. his special contribution to the training of human resources, including several specialists and PhDs who are currently working in clinical and academic departments at the Provincial General Referral Hospital of Bukavu (HPGRB) and at the Faculty of Medicine

. his special contribution to the infrastructure building of the HPGRB, by obtaining and transporting to Bukavu, various instruments and equipments used for diagnosis as well as for the training of doctors and students

. his role in developing surgeryl at the HPGRB, which serves as the clinical support for UCB 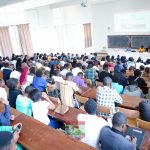 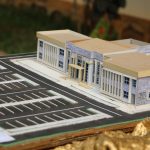 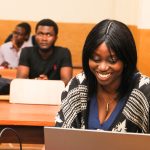