In its session of May 2002, the Board of Directors of the catholic university of bukavu decided to create a Study and Training Center on Conflict Management and Prevention in the Great Lakes Region (CEGEC). This has allowed the University to become truly involved in a concrete and visible way in the crucial issues of its environment.

The Center had the ambition to become a place of excellence associating professors, assistants and researchers from the Catholic University of Bukavu and the Great Lakes region, academics and foreign researchers interested in the problems of this region as well as professionals belonging to the associative movement working in the same fields. It would like to contribute to the development of endogenous capacities in the prevention and management of conflicts, and, more generally, in the promotion and protection of human rights and the promotion of peace.

1. Objectives and Mission of the Center
Main Objective

Establish conflict prevention and resolution mechanisms to restore and strengthen peace in the region as the only condition for endogenous, self-managed and sustainable development.

Specific Objectives
 Conduct interdisciplinary research around matters in the Great Lakes region.
 Collect data that can be used to analyze the root causes of conflicts and internal problems in the region, suggest remedies and prevent conflicts.
 Incite and involve all actors of development including Universities, Civil Society Organizations and NGOs, in their areas of intervention, in the process of dialogue and conflict prevention.
 Build the capacity of local leaders in conflict prevention and management.
 Educate the masses about values such as justice, peace, reconciliation, work and sound management.
 Identify and document themes and topics for dialogue amongst ethnic groups.
 Develop specific strategies for each entity leading to dialogues between population groups;
 Provide local organizations with advice and expertise in human rights, conflict prevention and management, good governance, land issues, unending education, etc.
 Foster contacts and exchanges with other local and international initiatives working in the same direction.

2. Activities of the Center
a. Academic and operational activities
Observatory of Conflicts, Good Governance and Human Rights
1. Develop social analysis tools and peerfect mechanisms for alerting and identifying the emergence of conflicts
2. Collect and analyze documentation on conflicts, good governance and human rights
3. Develop a strategy for processing and publishing the collected information.
4. Develop thematic notebooks and training tools in the Center’s areas of intervention.
5. Conduct research on minorities.
6. Conduct research on land disputes in the region
7. Organize training sessions on these topics for NGOs working in these areas.
8. Publish the bulletin of the observatory.

Some achievements of CEGEC:
Among the achievements of CEGEC, we can mention:
– Human rights in the Greater Las region: realities and illusions, Academia Bruylant, LLN, (2002)
– Nationality and citizenship in the DRC. Legal issues, social representations and recurring conflicts, Academia Bruylant, (2008).
– The Center has also contributed to a collective work that has been published under the direction of Professor André Guichaoua, entitled: Exiles, Refugees, Displaced in Central and Eastern Africa, Karhale, (2004). CEGEC’s contribution focused on “Congolese and Rwandan Legislative Policies for Rwandan Refugees and Migrants”.
– Minorities in the DRC, CEGEC, 2006.
– Collection of judgments handed down by the Bukavu High Court in criminal matters, CEGEC, 2006
– – Since January 2005, CEGEC has published a bi-monthly analysis and information: “Observatory of conflicts, human rights and good governance”.

Other accomplishments:
CEGEC has organized the following activities:
– A training on Leadership and Human Security in May 2006, in collaboration with the Woodrow Wilson Institute for Scholar with its “Initiative for Leadership and State Cohesion in Congo, ILCCE”.

– Similarly, from 29 to 31 May 2006, in collaboration with MONUC and ILCEE, CEGEC organized a workshop on security in South Kivu for local leaders and civil society organizations in the South. Kivu.

– In December 2005, CEGEC provided technical support to a seminar organized by the United Nations Human Rights Office for the civil society of North Kivu, South Kivu, Maniema and Province Orientale on the prevention and peaceful resolution of conflicts.

– Organization in March 2005 and January 2007 of conferences on political culture in South Kivu for the public of Bukavu (NGOs, Universities, magistrates, civil servants, political parties, …). Professors from the University of Kinshasa attended one of these symposia.

– A study on alternative methods of land occupancy security, the “land wicket” on the model of Madagascar was produced. It was to be used to lobby for a change in the land legislation in DR Congo. 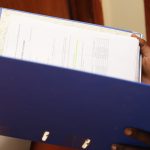 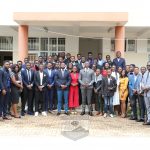 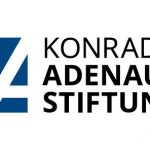