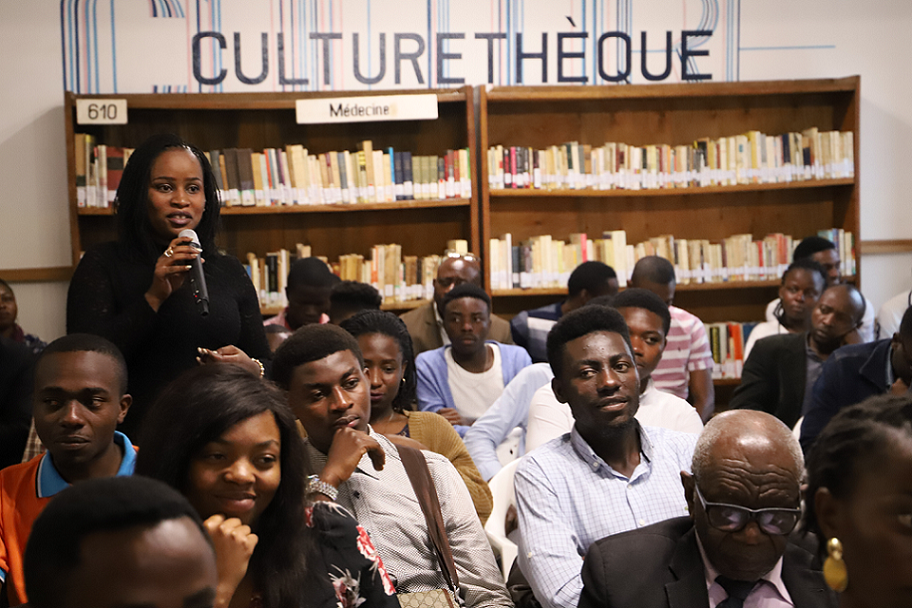 For a few months, Bukavu has been experiencing a new concept. This concept is spreading with a positive effect on lips of the population especially youth on the city. It is “Les Mercredis de l’UCB” debate. This exchange space is an outcome of the long-standing partnership between the Catholic University of Bukavu (UCB) and the Institut Français, Halle des Grands Lacs.

At the dusk of every last Wednesday of the month, the performance hall of Institut Français de Bukavu welcomes all categories of residents from around the city. The main motivation is to contribute to these social interest-oriented debates. Members of the UCB family moderate these debates as part of their service to the community. Students and lecturers take turns on the stage in order to attract the attention of the citizens on as many questions as Quality Education, Peace and Efficient Institutions; Forms of leisure for the youth of Bukavu and this Wednesday, January 29, 2020 “Stress in the University Environment”. A topic of high importance for both students and lecturers.

It was barely five o’clock. From its windows, the Institut Français media library offered a view of PE Lumumba Boulevard, slowly experiencing sunset. In the courtyard, a few people were still chatting while others had occupied the first seats for almost an hour. The presenter of the day, Doctor Achille Bapolisi, Psychiatric doctor at the General Provincial Referral Hospital of Bukavu and lecturer at UCB was escorted by Mrs. Valence Mitima, second-year doctoral student in Medicine. But as a starter, a bit of declamation. In an open thinking, Mr. Victor Safari, bachelor first-year student in the Faculty of Law painted in verse the socio-educational system of the country. For a few minutes the audience remained attentive. Faced with the sincerity of his carefully chosen words, he better illustrated the day-to-day life of Congolese. And in his remarks, as if to announce the subject, stress returned like the pinnacle of this complexity social life of Congolese.

The student’s environment is potentially stressful, even more in the Congolese socio-economic context. This imbalance between one’s own individual demands and the difficulties that human faces at a given moment, these emotional as well as physical reactions of his organism when he is subjected to pressures or constraints from the environment constitute stress. Students face several difficulties that lead them to stress. It is manifested by headache, sleep disturbances, intense fatigue, or even a physiological disorder. Like academia, Jutta Heckhausen calls a “contact of achievement” any environment where the image of personal competence is at stake and where the student is responsible for his results. Adding the society expectation or a sense of accountability to the family creates permanent stress. We must add other favorable factors such as the low socio-economic level, the scales in the transition from adolescence to adulthood, poor time management, love disappointments, family problems, false perception of the imitation that creates competition and many others. The socio-economic and working conditions of the teaching staff also create a stressful situation, members being no strangers to the general living conditions of the inhabitants. Unfortunately, harmful effects in short and long term can compromise the physical and psychological dimensions in stressed individuals, explained Dr. Achille Bapolisi and Valence Mitima. On the student side, we can mention depression, fatigue, burnout, idleness, touchiness, memory loss, failure… On the somatic level, stress can lead to hypertension and metabolic disorders. These consequences justify the organization of exchanges with students in order to better manage their stress.

There are ways to alleviate stress and anxiety of students at an individual and collective level. Doctor Achille Bapolisi has explained some them: coping is the set of procedures that an individual can imagine and install between himself and a problem he is facing in order to control it. The individual must identify the bad forms of stress management (smoking, excessive eating, excessive drinking, procrastination, …) and avoid them in favor of good ones (good time management, optimism, sense of humor, healthy leisure activities, discussions around one’s problems, permanent physical activities, smile, etc.). Therefore, it is necessary that public and private structures get involved. Treatment, social assistants, healthy entertainment and relaxation structures must be created. The presenters of the day launched the debate and listened to participants who were much focused. Mental health is of the highest interest to public, the achievement of welfare being the characteristic of public power. But on a personal level, a capacity for resilience must characterize the actors of a society which wishes to flourish. The exchanges organized as part of “Mercredis de l’UCB ” are part of the response to participants’ suggestions. In its statutes, it was already mentioned that the university presence had to assert itself in the face of the great problems of society and culture.

Do not miss the next debate dedicated to the agricultural field. This Wednesday, February 26, 2020, Prof. Engineer Landry Cizungu Ntaboba invites us to debate around the theme “Agro-ecology: Utopia or Reality for Congolese agriculture?” 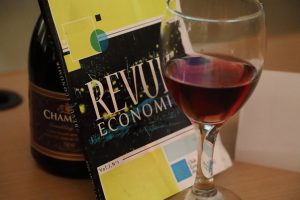 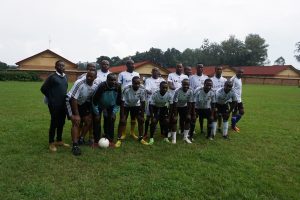 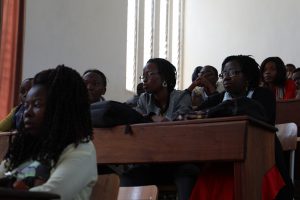 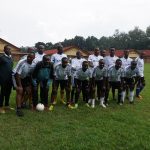 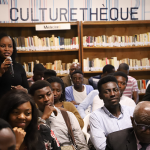 “Stress in University environment”, the core topic around which turned the debate of “Les Mercredis de l’UCB” at Institut Français de Bukavu. 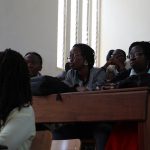